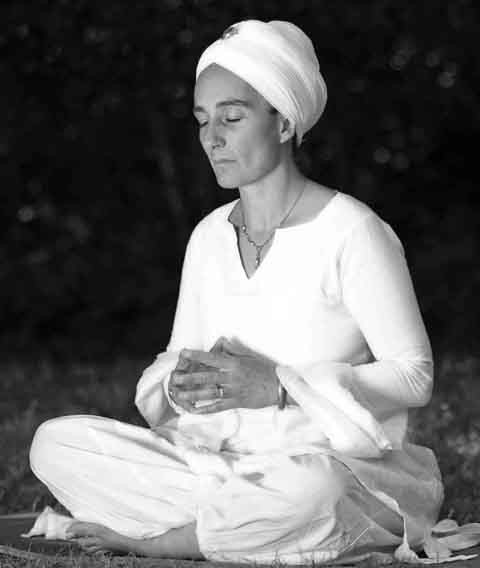 Kundalini Yoga is called the Yoga of Awareness. It is a dynamic, powerful tool that is designed to give you an experience of your soul.
Kundalini Yoga is a yoga for householders, for people who have to cope with the daily challenges and stresses of holding jobs, raising families, and managing businesses. It is a path for everyone who wants the skills to cope successfully with the challenges of our times.
Kundalini Yoga was kept very secret until 1969 when Yogi Bhajan taught it openly in order to prepare humanity for the major changes that this planet is going through as we cross from the Piscean to the Aquarian Age. The ancient technology of Kundalini Yoga gives us the awareness and the fortitude to make this a smooth transition. The legacy of technical and spiritual knowledge that Yogi Bhajan studied and mastered in India is the gift he brought to the West.

You have not yet learned what spirituality is. It is not a religion or knowledge or happiness or good luck or tragedy. Spirituality is facing yourself with a smile when life confronts you. (Yogi Bhajan)

His motto: “If you can’t see God in all, you can’t see God at all”.  His credo: “It’s not the life that matters, it’s the courage that you bring to it”. His challenge to students, “Don’t love me, love my teachings. Become ten times greater than me”.

Yogi Bhajan was born Harbhajan Singh Puri, August 26, 1929, in the part of India that became Pakistan in 1948, he was the son of a medical doctor. From his very young age he was trained as a hatha yogi and become a master of Kundalini Yoga at the age of 16.
In September of 1968, he left India for Canada to teach yoga at Toronto University. After two months in Canada, he flew to Los Angeles and there  met a number of young hippies, the spiritual seekers of that era, and immediately recognized that the experience of higher consciousness they were attempting to find through drugs, could be achieved by practicing the Science of Kundalini Yoga, while simultaneously rebuilding their nervous systems.
Breaking the centuries old tradition of secrecy surrounding the empowering science of Kundalini Yoga, he began teaching it publicly. With the yogic sciences of yoga, meditation, yogic philosophy, and loving acceptance, he gave the soon to be called “Baby Boomers” an effective alternative to the prevalent drug culture. He called it the “3HO” (healthy, happy, holy) way of life.
True to his earliest commitment, “I’ve not come to gather students, but to train teachers,” the International Kundalini Yoga Teachers Association and KRI (Kundalini Research Institute) now holds teacher-training courses throughout the world.